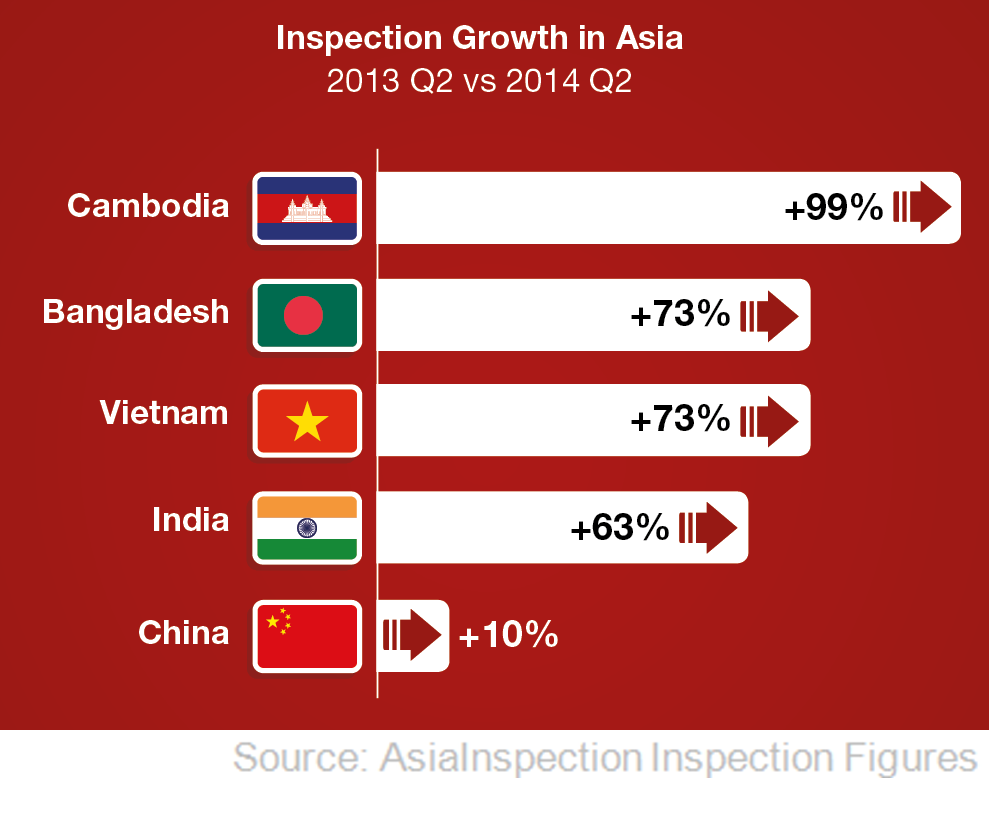 In Vietnam, textile and apparel exports increased 18% year-on-year between January and May, reaching $7.5 billion USD.1 However, recent protests due to political tensions with China sent fear into supply chains, with QIMA figures showing May 2014 ordered inspections to be 3.3 times higher than the average for May 2013 to April 2014.  This is due to increased concern from foreign buyers to ensure their supply chain and quality have not been disrupted. In the first half of the year apparel imports from Vietnam into the US saw a 12.7% increase, well ahead of rival China at 0.9%.2

Chinese government stimulus efforts appear to have worked in Q2, with manufacturing activity and output up and growing nationwide, according to the latest data from the official PMI Index. This was during the same period that over 40,000 workers in the Dongguan province engaged in one of the largest industrial disputes in living memory.3

Meanwhile, the largest inspections growth in Asia was Cambodia, up 99% year over year, then Bangladesh and Vietnam 73% each, India 63% and China 10%. In growth by industry category, food and food container inspections were up 55% quarter over quarter globally.

When the Australian Competition and Consumer Commission (ACCC) randomly screened for azo dyes in imported clothing in March of this year, approximately 3% contained carcinogens which may be harmful to human health, resulting in the voluntary recall of over 200,000 items from stores, involving 37 product lines from various retailers. Analyzing its own data, QIMA found that over 5% of all azo dye lab tests in 2014 failed for exceeding the legal minimum.4

"Time and time again we see outsourced manufactured products putting consumers at risk.  The fact that 200,000+ products made it to store shelves containing a known cancer causing carcinogen shows the need for stricter controls and testing at the source. This reflects the sheer scale at which consumers are being placed at risk" said Sebastien Breteau, QIMA CEO.

The Sourcing Journal reported that while brands and retailers increasingly place huge importance on information in their value chains, specific information is often exceedingly hard to obtain. 50% of respondents said that they do not have sufficient data from within their supply chain.5 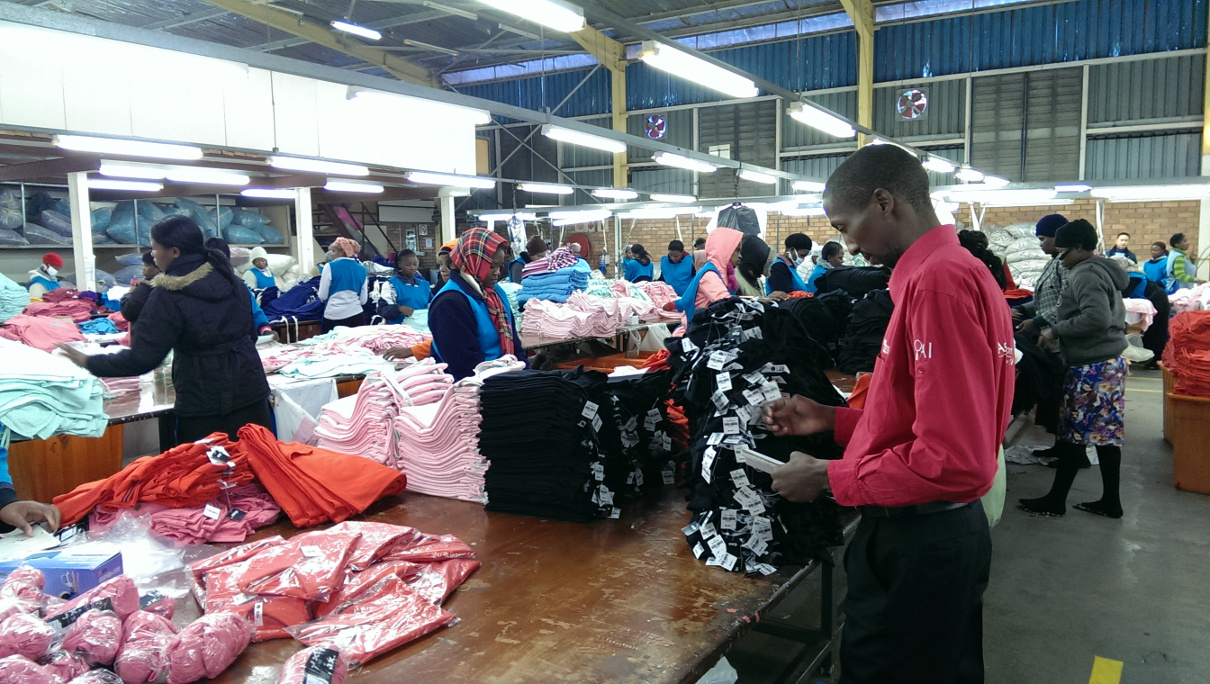 Ordered inspection growth in Asia remained strong with 21% year over year growth. This was surpassed by Africa with 31% inspection growth. Interestingly, growth for inspections in Africa was led by Swaziland which saw 50% growth in just the last quarter. At the same time, Swaziland is losing benefits from the United States under the African Growth and Opportunity Act for its failure to make progress towards internationally recognized workers’ rights.6

India is rising as a regional power, taking up a new position as the world’s second largest textiles exporter with a global share of 5.2%. India’s Textiles Minister has projected the value of exports to reach $50 billion USD in the current fiscal year. The growth is being largely driven by its apparel manufacturing, for which exports grew almost 25% in May. Apparel export growth is being driven by non-traditional markets such as Latin America, Southern Africa, and East and West Asia.7

North American and European inspection groups 'The Alliance' and 'The Accord' are together auditing 2,100 of Bangladesh’s 5,600 garment factories, which employ some 4 million workers and account for 80% of the country’s exports. QIMA data for 2014 shows that for factories that underwent ethical audits, 27% are at serious risk and 59% are not compliant.

The groups are involved in a debate with stakeholders over the process by which they shut non-compliant factories. It’s feared that the disruptions may contribute to slowing export growth, with buyers turning to sources they deem more stable, such as China, India and Vietnam. While the groups exist to protect workers, there are practical issues at stake – the protection of jobs and provision of worker compensation during extended shutdowns for repairs, which are often ordered without notice. So far 14 factories have been shut down and 5 have had their operations limited.8

Factory closures should only be undertaken if employees are at immediate risk. QIMA's experience has shown that many of the faults found in the course of a properly executed audit program can be fixed with corrective action, training and education, contributing to the long term economic value of the factory and country.